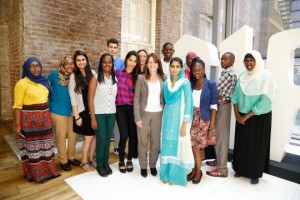 Lynne Featherstone MP has been nominated for ‘MP of the Year’ award. The awards are being hosted by the Patchwork Foundation, in association with 3FF, Mosaic, UpRising and The National Union of Students.

The Patchwork Foundation believes in promoting and highlighting best practice in the area of under-represented, deprived and minority community engagement. The society rewards MPs who work closely with such communities and deliver excellent representation and coverage to otherwise underrepresented segments of society, by acknowledging them as ‘MP of the Year.’

The ceremony will take place on Wednesday 5th November.

The MP for Hornsey and Wood Green has also been nominated for the ‘Politician of the Year’ award by Stonewall, for her work on equalities.

The Liberal Democrat MP was nominated by one of her constituents, who said:

“Lynne has worked hard to help minority groups. She has pushed hard for better NHS funding and support to help those who are deprived and rely on the NHS services more than most. She always shown support for the BME community and recognises the vital role BME communities play in the UK and that they need to be supported further.”

“It’s such an honour to be nominated for this award by one of my constituents – I’d like to thank them for taking the time to put me forward.

“I am lucky enough to represent a very diverse area of London – with over 180 languages spoken in my constituency alone. I do my best to meet as many of the local communities as possible, to see if there are any issues I can help with. I also keep them informed about my work as an international development minister, and the many visits I make to Africa.”