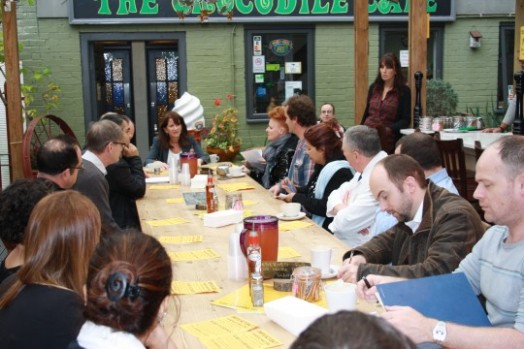 Lynne Featherstone MP and local traders have secured a review of the case for business rate refunds for Muswell Hill traders. This was confirmed during a meeting between the local MP and the Chief Executive of Haringey Council.

The traders, backed by the Lib Dem MP, made this request to the Council following a drastic loss in trade over the previous months – caused by poorly managed council roadworks affecting Muswell Hill Broadway and Colney Hatch Lane.

The roadworks began at very short notice, and caused numerous bus diversions, traffic and congestion. The works coincided with the roadworks in Wood Green, the closure of the Odeon car park, and the run up to the Christmas period.

During the meeting, the Chief Executive agreed to meet with Lynne Featherstone MP and the traders again, so they could present him evidence of their loss of trade.

“During the meeting, the Chief Executive outlined the reasons why the roadworks had taken place during this time, and the problems that had been encountered during the works.

“But regardless of the reasoning – our local traders have really suffered during this period, and I am so glad that the Chief Executive has agreed to review the case for business rate refunds.

“Our local independent shops and retailers are so important to our community. I look forward to meeting with them and the Chief Executive again in the near future, so the traders can further present their case.

“In the meantime, I am also backing the local Lib Dems in their call for free parking on High Streets in the run up to Christmas, to help boost trade for our local shops.”