A few days ago I had the great privilege of speaking at DFID Mozambique’s summit on ending Child and Early Forced Marriage (CEFM). 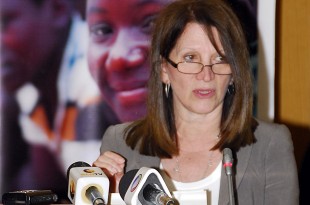 Mozambique has one of the highest rates of CEFM in the world, with around one in two girls married before their 18th birthday. It is a problem that until recently has been not been given enough attention and was considered a taboo subject, not just in Mozambique but in many other countries as well.

In the last decade 58 million women in developing countries, that is one in three women, were married before they turned 18. CEFM is a global issue that has a significant impact on girls, their families, communities and countries, for example:

Taking action is challenging but the results are worth it. Girls and women who can truly exercise voice, choice and control in their lives make more significant contributions to social and economic development.

That is why it was gratifying to see such wide attendance at the summit, including the Mozambican government, the African Union, civil society, the private sector and international community. We all pledged to ‘break the silence’ on CEFM in Mozambique and to support the Government efforts to take action.

It was great to hear from Mozambique’s Minister for Women’s Affairs and Social Welfare who spoke passionately about the extent of the problem and the Government’s new commitment to develop a national strategy for the prevention of CEFM. African leadership such as this is fundamental if we are to work together to bring an end to CEFM, not just in Mozambique but globally.

As a result the UK is keen to get behind other national and international efforts to combat this practice. DFID is looking closely at its global aid programme to see how we can develop new and innovative partnerships to accelerate progress on ending CEFM. As part of this, the UK Government will be hosting an international summit in London with UNICEF on 22 July to share lessons and galvanise new commitments on ending both CEFM and FGM.

CEFM is a global issue that requires continued action, collaboration and coordination from us all to bring about a lasting solution. Many people at the summit had worked extremely hard to get the issue high up on Mozambique’s agenda and are taking forward some excellent plans. This is tremendously exciting news and I hope that this is the beginning of the end for CEFM in Mozambique.