In my last column I wrote about the shocking and ongoing waste of taxpayers’ money by Labour-run Haringey Council. Many local residents have contacted me in response, expressing their dismay at the money spent on trips to Cannes and on bonuses – especially at a time when local Labour continuously complain about a lack of funds!

But I know that criticising local Labour isn’t enough to boot them out of power here. That’s why I am so delighted with the Haringey Liberal Democrats’ positive six point plan for our borough, which they have put forward in the run up to the local elections on May 22nd. 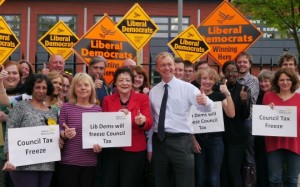 A Lib Dem council would also invest £1 million in our roads and pavements. After years of neglect by Haringey Labour – there are more potholes and cracked pavements here than you can count – and this needs fixing.

Labour can’t be trusted to prioritise this. Just last week, one of their candidates tweeted that no residents were complaining about potholes – showing just how out of touch they are!

Modern, energy efficient street lighting has also been promised. That’s good for the environment, it would help the police fight crime,and it would save the council money in the long term, too.

The local Lib Dems and I have long been campaigning for 30 minutes free parking on our high streets – after Labour hiked up charges to £3 an hour, putting off shoppers and harming our local high street traders. 30 minutes free is in the manifesto, too, and would be delivered by a Liberal Democrat council.

The local Lib Dems and I have also been campaigning for fairer health funding anda more effective children’s service department in Haringey.

The shocking child protection failures by Haringey Council – like Baby P, Victoria Climbie, and most recently Child T, must stop. And, having secured £7.6million extra in health funding, the local Lib Dems and I want to get even more. Having the Lib Dems in power in Haringey will help both causes.

Finally – the Haringey Lib Dems would take real action on housing – by building the first new council homes in Haringey for 25 years (that’s right – Haringey Labour haven’t built any during this time.)

All of these policies are fully-costed. We have identified£3 million of savings (per year) that can be made to the council’s budgets without hitting frontline services, just by cutting Haringey Labour’s current waste. There would be no bonuses for failure, or taxpayer-funded trips abroad with the Lib Dems in charge! 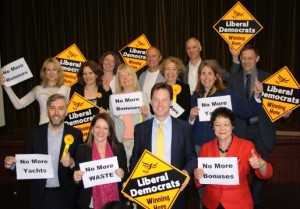 And remember – it’s only the Lib Dems who can kick Labour out in Haringey – there are no Conservative, Green or UKIP councillors in the entire borough. Please make your vote count on May 22nd.