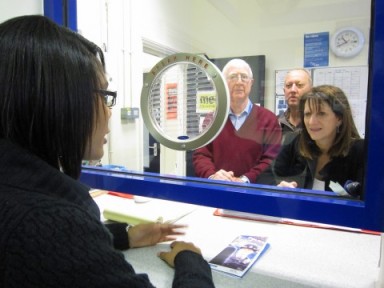 Haringey Liberal Democrats are calling on the Metropolitan Police and the Conservative Mayor of London to change their plans for police stations and front counters in Haringey.

The opposition politicians have written to the Conservative Deputy Mayor of London for Policing, Stephen Greenhalgh, objecting to the proposals to close Muswell Hill police station and to reduce the opening hours at Hornsey and Tottenham.

The Lib Dems have been very clear in their letters that they firmly believe that opening hours at Hornsey and Tottenham should not be reduced and that a front counter should be retained in the Muswell Hill area. They have also made it clear that the impact of the proposals on local police Safer Neighbourhood Teams is unacceptable.

The councillors’ opposition to the borough only having one publicly accessible twenty-four hour police counter echoes the concerns of the Lib Dem MP for Hornsey and Wood Green, Lynne Featherstone, who has also come out against the plans.

“Haringey Liberal Democrats are opposed to the Met’s and Mayor’s proposals which will make it harder for members of the public to report crimes.

“It is particularly important that here in Haringey, where the London riots began, that the police make more effort to reach out to the community and be as accessible as possible.

“Sadly many people become victims of crime and when that happens they understandably want to be able to report it quickly and locally at any time of the day or night. Unfortunately for the police criminals do not operating during office hours, so the police must be available when the public need them not when it is convenient.

“Local residents in Tottenham and Muswell Hill shouldn’t have to travel miles away to Wood Green in the middle of the night to be able to report a crime, they should be able to do it locally.”

“I am fully behind the Haringey Lib Dems’ calls for the Mayor to change his plans for police stations and front counters in Haringey.

“Since the announcement, we have been calling for assurances that no service is lost without a suitable replacement. We oppose any reduction in hours at Hornsey police station and will be fighting to keep a police base and front counter staffed by the dedicated team of volunteers in Muswell Hill.”