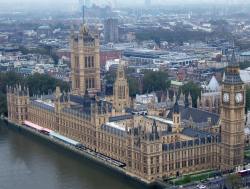 So – my first year (and a bit) as MP for Hornsey & Wood Green has come to an end. My conclusions thus far are that there aren’t enough hours in the day, days in the week or weeks in the year – and cloning humans would be helpful!

It also has to be one of the best jobs in the world. It is the sheer scope of what has to be dealt with over any week that keeps the interest at boiling point. Being thrown in the deep end in terms of front bench Home Affairs spokesperson for Police, Crime and Disorder (and a list of other responsibilities) was a baptism of fire – but the only way to learn. Over the year I have written a diary of many of the things that I have done or thought on the day – but with the summer break just thought I would like to try and summarise and collect some of my activities, thoughts and impressions over this first year.

At the constituency end, a lot of the work is about taking up individual casework, trying to help and campaigning with local people to improve things – which is pretty much what I have been doing since before I was first elected to Haringey Council. (And it is interesting to see how the political culture in Haringey has changed since then. When my colleagues and I first seriously got stuck into local campaigning, the other parties were very snooty about delivering leaflets, issuing press releases, doing loads of individual casework, having a freepost address, and on and on. Of course, over the years as they lost elections and we won them they have bit by bit copied all the things they used to so look down on. Though it hasn’t helped them much!).

So the constituency end of being an MP was somewhat familiar to me – although the intensity and severity of the issues that people bring to surgery in particular has been an eye opener.

At this point I should perhaps explain what “surgery” means – as one person did write to me (in all seriousness) wondering what sort of doctor I was and what I did with all my surgeries. It made me smile … but the serious point of course is that the political class has a whole set of insider vocabulary – and it is very easy to over-estimate how much of the jargon (House, floor of the House, surgery, chamber, PMQs, EDM, etc etc) the rest of the world understands. So – for the uninitiated – my “surgery” is when constituents come and see my and raise any sort of issue they want. I guess the name comes from doctors – as when GPs hold surgeries people turn up with any manner of complaint.

Anyway – my surgery has taught me so much about the real impact of the things we debate in Parliament. I could have told you that the Home Office wasn’t coping within my first month as an MP. The length of time to get an answer – let alone the years to get a decision on asylum and immigration matters. And too many other problems with visas, residency, naturalisation, lost documents – an endless stream of the victims of Home Office failure. Unbelievable. And housing – the issues around housing have given me such a good overview of, not only the shortage, but also the issues around allocation.

In fact, in the chapter I have written to be published in a book in the autumn called Britain after Blair, is based in part on this experience. For what I see is a mish-mash of decisions, with poor reasoning behind them, no transparency and often highly unsatisfactory rules. Thanks to this muddled approach, people can wait decade after decade waiting to be re-housed in a points system where they never reach the top. And then there is the threatening approach to anyone who doesn’t take what is offered, however absolutely dreadful it is. The threat is – take it, no matter how bad it is, or you lose your right to be offered again. Anyway – could go on and on – but you’ll just have to buy the book!

Certainly, my direction is heavily influenced by my experience of my local constituents’ problems – as indeed it should be – but I think most people think of an MP as someone at Parliament and see only that side – or the giving out prizes or the visiting things (the Queen Mum bit of the job). These are all important – but to me it’s still people’s lives that are the challenge. Of course – that challenge can then be expanded to lobby at the Parliamentary level to put the pressure on to change the way things are.

As for Parliament itself – that’s been an experience and a half. I’ve learned how to lead on a Bill and take it through committee – which at committee stage is akin to being a lawyer. I’ve learned how to get called to speak in a debate (be very nice to Mr Speaker and advise him in advance of my wish to speak and special reason why he should call me), put oral questions (including one to David Blunkett and he was gone the next day – be afraid, be very afraid) and literally hundreds of written questions. I haven’t been selected for a Westminster Hall debate (yet) or an oral question to the Prime Minister – but I’m putting in for the ballot and am determined to get lucky in the next session. (If you have any mystic seaweed I can waive to raise my chances in the ballot, just pop it in the post please).

I’ve taken school governors to meet the Ministers’ officials and met with hundreds of different lobbies who have come about one thing or another. I’ve put in written questions and done masses of media. I’ve sponsored local groups who have wanted to come to Parliament to have a room for a debate and talked to lots of local school groups who have come up to the House, had a tour and then get to grill me for half an hour. It’s quite different to the other levels of governance I have been elected to thus far – local council and London Assembly. They were more direct in a way whilst this is a legislature – and the immediacy and directness is less obvious.

I’ve witnessed and taken part in some of the great debates of the day on detention without charge, on ID cards, on religious hatred and so on. I have experience the Commons in sombre mode following 7/7. There is a lot of humour there too – some cruel but some just comradely. The formality and the format are not to my taste – but in the year I have tried to learn how best to use my time there.

Parliament is caught in a time warp in my view. They don’t even use tracking changes for legislation and amendments which I find astonishing. So each time you get a new pile of paperwork – there is no hint as to what has changed since last time. But my time there is not to fight the fight about the traditions or to worry about the so called ‘male’ environment – my time there is to represent my constituents and my conscience and my party.